A great crowd of people gathered in Sheffield on 23rd March 2018 to mark over thirty years of friendship between Sheffield and the Nicaraguan town of Estelí.  The focus of the celebration was the naming of Estelí Parade, a new cycle route and riverside path in the middle of Sheffield.

The mayors of both cities, Francisco Valenzuela and Anne Murphy, attended the event together with Guisell Morales and Ricardo Carioni from the Nicaraguan Embassy.  Francisco Valenzuela paid tribute to the love, solidarity and friendship of the people of Sheffield that has been expressed through the twinning since the 1980s.  He went on to highlight the importance of Estelí Parade as a point of reference symbolising friendship and his comments were echoed by the Lord Mayor of Sheffield and many other participants in the event.

We were thrilled to welcome so many people to this event, the culmination of many years of campaigning and organising, to recognise our historic twinning on the streets of our city.  Sheffield Live covered the event too and you can watch an interview with Mayor Valenzuela and Ricardo Carioni, deputy ambassador of Nicaragua to the UK, here. 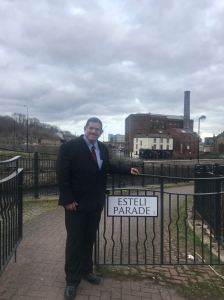 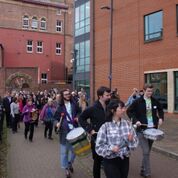 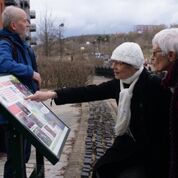 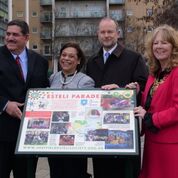 View all posts by sescora